Fundación Laboral, a partner of this European initiative belonging to the European Commission's Asylum, Migration and Integration Fund programme, has organised eleven pilot experiences in Spain’s centres of Andalucía, Cantabria, Las Palmas and Navarra, together with CEAR Sevilla and Cruz Roja Cantabria, that have been attended by students from Colombia, Cuba, El Salvador, Venezuela, Morocco, Mali and Ukraine 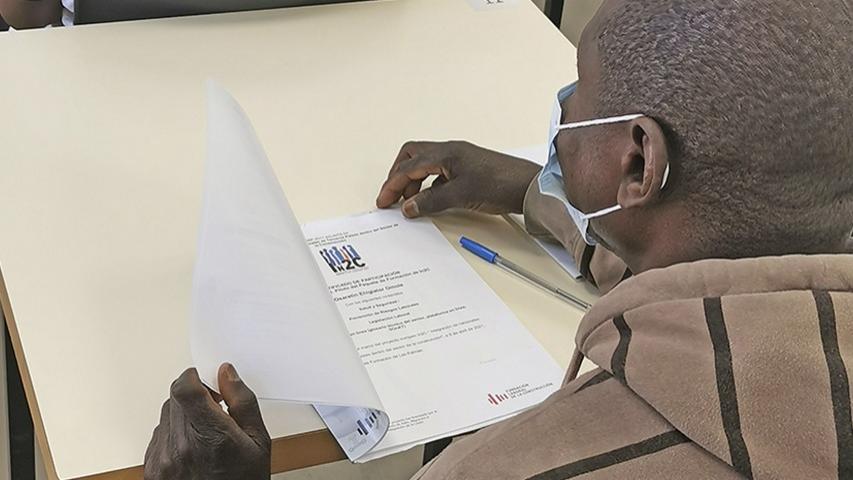 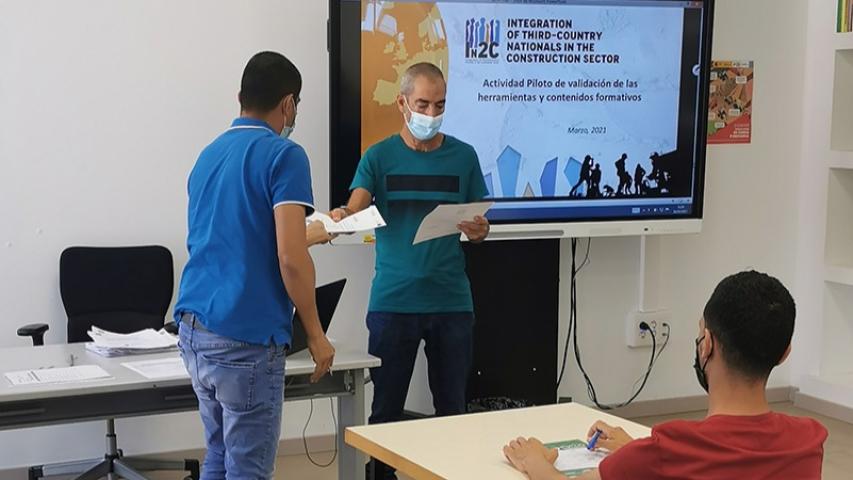 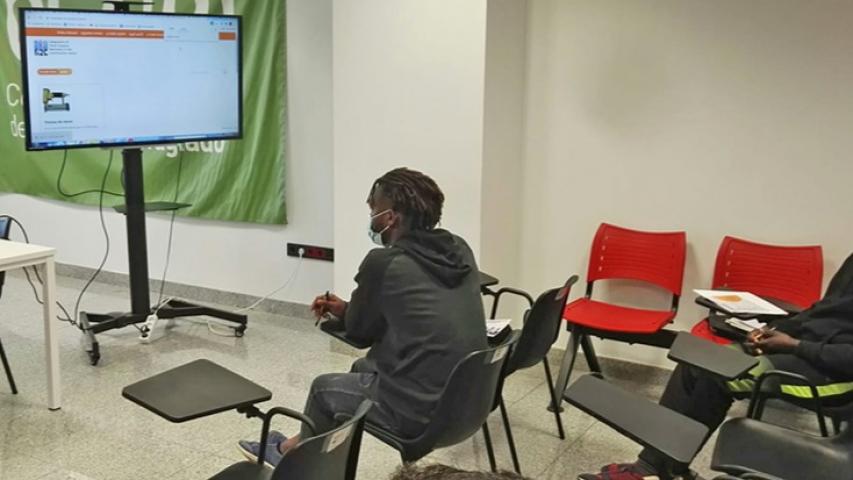 During the months of March and April, Fundación Laboral de la Construcción  has carried out eleven pilot experiences on Health and Safety in construction and labour legislation, addressed to more than 180 migrants or refugees, in its centres in Andalucía, Cantabria, Las Palmas and Navarra, with the collaboration of the Seville headquarters of the Spanish Commission for Refugee Aid (CEAR) and Cruz Roja Cantabria.

This activity is part of the European In2C project, of the European Commission's Asylum, Migration and Integration Fund (AMIF) programme, in which Fundación Laboral participates, together with eight other organisations from Spain, Greece, Cyprus and Sweden. The aim of this initiative is to facilitate and promote the effective integration of third-country nationals into the European construction labour market, through comprehensive training and the creation of networks with construction companies, to increase employment opportunities for this group.

The aim of this training was to assess and validate the contents developed by the partnership so far: an online didactic tool with images and vocabulary used in the construction sector; a virtual platform with basic training contents on Health and Safety and labour legislation; and an online tool for self-assessment and certification of the knowledge acquired by the students in the basic course of the virtual platform.

These pilot validation experiences were very positively evaluated by the participants, who acknowledged having learned about labour legislation and appreciated the usefulness of the glossary of construction terms, which facilitates communication with other colleagues and superiors on the construction site. In addition, they expressed their interest in the In2C project, as well as in continuing to learn about occupational hazards and how to act accordingly.

The actions aimed at achieving an inclusive sector with opportunities for everyone were implemented by the international consortium in different areas of the country.

On 22 March and 9 April, 19 participants from Colombia, Cuba, Venezuela, Morocco and Mali took part in two of these internships at the Foundation's centre in Las Palmas de Gran Canaria.

Two other training sessions were held in Andalucía, at Fundación Laboral centre in Jerez de la Frontera on 31 March and at the Cear in Seville on 9 April. The meetings brought together 14 people from Colombia, El Salvador, Venezuela, Mali and Morocco.

Finally, more than 90 students have participated in five sessions developed in the Centres of Fundación Laboral de la Construcción de Cantabria, with the collaboration of Cruz Roja Cantabria.

These pilot trainings will be completed with those from the other countries of the partnership -Greece, Cyprus and Sweden- with the aim of collecting possible improvements of In2C to achieve a more inclusive sector.

Since 2018, Fundación Laboral de la Construcción participates in this training and social initiative, coordinated by the Technical Chamber of Greece, Regional Department of Central and Western Thessaly -TCG-CWT-. The partnership includes institutions from Spain (the European Institute of Studies for Training and Development in Spain (Documenta),  Greek local public authority of Larisa Dimos Lariseon, the educational consultant Dimitra Ekpaiditiki Simvilitiki; the Federation of Construction Contractors' Associations of Cyprus (Oseok) and the Mediterranean Management Centre (MMC Limited);  and from Sweden the Foundation for Course Activities of the U-A University (FU-UPPSALA).

Among the outlined objectives of the project, the partnership is working on the development of a network with construction employers and SMEs to improve recruitment opportunities for migrant and refugee workers, which will help to break down the professional obstacles that migrants and refugees face upon arrival in the country.