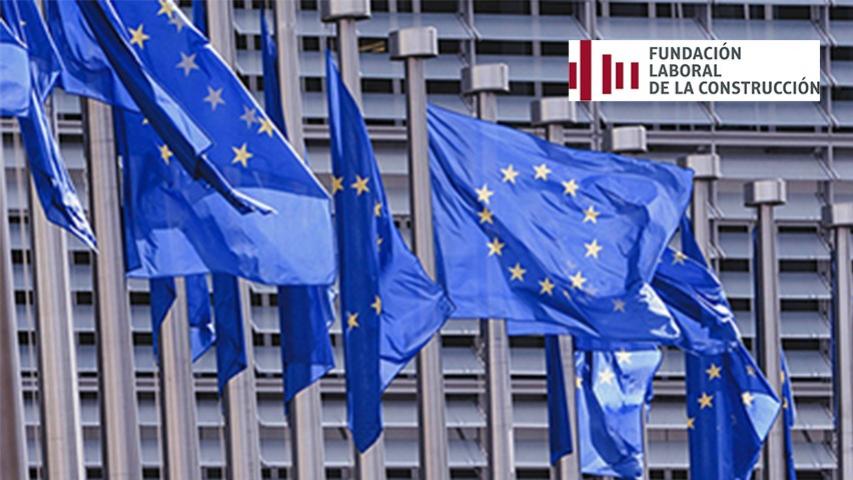 At the beginning of September we announced the award of All Construction, a European project that will start in January 2019, which will create the strategic framework (Blueprint) for professional qualifications in the construction industry in Europe, led by the Fundación Laboral de la Construcción, with a budget of four million euros. Among the 24 partners who will work together for four years, from 12 countries of the European Union (EU), including the European employers European Construction Industry Federation (FIEC) and European Builders Confederation (EBC), and the trade union organization European Federation of Building and Wood Workers (EFBWW).

Besides, the joint entity will participate in five other new European initiatives.

Also, as coordinating institution, the joint entity has started the Erasmus+ programme project "VRoad. Virtual Reality applied to training in Road Maintenance and Operation works in the European construction industry". With a budget of 214,484 euros, five institutions from Spain, France, Italy and Portugal will collaborate for 24 months to address the specific needs of on-the-job training and Health & Safety in road training, through the development, testing and implementation of a training system based on Virtual Reality (VR) app.

In addition, Fundación Laboral de la Construcción will participate as a partner organisation in Bionic project of Horizon 2020 programme; in TyCon and Reforme+ projects of Erasmus+ programme; and in In2C initiative of AMIF programme.

The Horizon 2020 consortium "Body Information ON an Intelligent Chip (Bionic)" is led by German Artificial Intelligence Research Centre and includes, on the Spanish side, Fundación Laboral de la Construcción, Acciona Construcción and Valencia Biomechanics Institute (IBV) as well as other seven entities from Germany, Greece and Netherlands -among which Rolls-Royce Power Systems AG (RRPS)-. The aim is to generate personalised body sensor networks with built-in intelligence for real-time risk assessment and training of older workers, through gammaification strategies that recreate work and daily life environments.

Promote the learning of entrepreneurial skills in the construction sector

In "TyCo(O)nstructor (TyCon)", all institutions of the consortium belong to the CPD Network (Conference on Project Development). Led by Open Universiteit of the Netherlands, with the participation of entities from Germany, Spain, Italy, Slovenia and United Kingdom, the partnership collaborates since their kick-off meeting on October 17th and 18th and for 24 months, for the development of serious mini-games that promote the learning of entrepreneurial skills in the construction sector.

"In2C. Integration of third-country nationals in the construction sector",  which belongs to AMIF programme (Asylum, Migration and Integration Fund), coordinated by the Technical Chamber of Greece of Regional Department of Central and Western Thessaly, and in which nine partners from Greece, Spain, Cyprus and Sweden participate, aims to integrate immigrants and refugees in the construction sector, through creation and implementation of different training and advisory tools.

Finally, the European Network for Vocational Training in the Construction Sector in Europe (Reforme), of which Fundación Laboral de la Construcción is a member and made up of entities from Germany, Belgium, France, Spain, Italy and Portugal, has been awarded the Reforme+ project, an initiative aimed at improving the quality and attractiveness of training within the framework of this European network, through the identification and dissemination of good practices and promotion of mobilities.

All in all, the European participation of Fundación Laboral de la Construcción represents a total of 18 initiatives, completed with the European projects already underway: Bus.Trainers, Construye 2020+, Novacons, Upp Games and Women can Build, as leader; and Arfat, NetConVet, Net-Ubiep, Rehabilite, SomexNet, TransToWork and Watter Skills, as partner.

These new initiatives take over from those that ended between August and September: Co.Tutor and Lean.Co, led by Fundación Laboral, and ConstructyVet, RefuTools, Soft Skills for Hards Hats (SSHH) and WinApp, in which the joint entity has participated as a partner. Some of the results of these projects were presented at the I Conference on Innovation in Training in the Construction Industry organised by Fundación Laboral on September 25th.